What do we really think about tax and incentives? 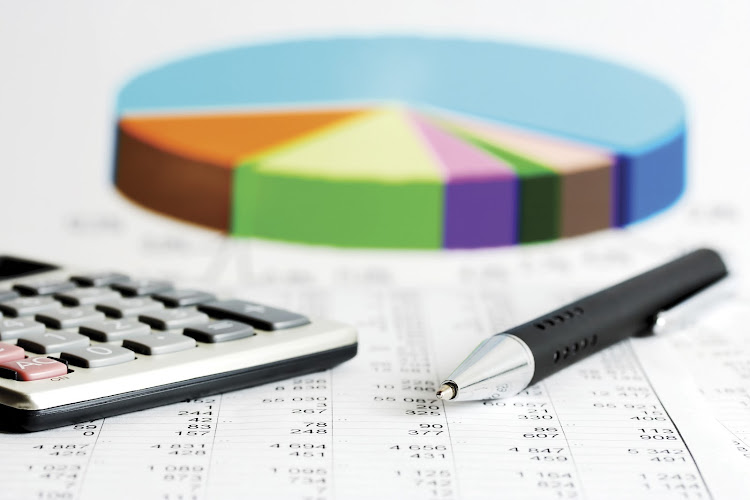 Every year around budget time, there is a surge of advice for the finance minister, with warnings about what could go wrong if he messes up. I see no relief for our new Finance Minister Malusi Gigaba as he is bombarded with advice from his fellow politicians, business, the ratings agencies and civil society.

So, it was useful to read the conclusions of a recent survey of citizens in the Group of 20 (G-20) countries called "G20 — public trust in tax", which sought their views on a range of tax-related issues. SA was included in the survey.

The survey was conducted by the International Federation of Accountants and the Association of Chartered Certified Accountants, and, among other things, it sought to establish who is most trusted when it comes to taxation.

It involved 7,600 people across the G-20 countries, which account for about two-thirds of the world’s population, 85% of the gross world product and 75% of world trade.

It may not be a big shock that, as the report puts it, that "people in G-20 countries have become deeply distrustful of politicians when it comes to the tax system, with 67% either distrusting or highly distrusting politicians." This is illustrated in the table below: 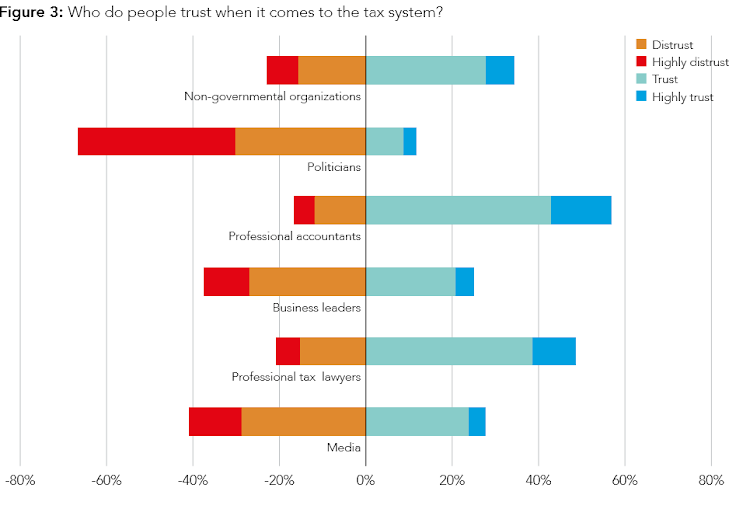 But what is the picture in SA, where some of the recent political uncertainty over who is in charge of the nation’s finances has dominated the headlines, most dramatically with the replacement of Pravin Gordhan by Gigaba?

The table below shows that, roughly in line with international trends including the UK and the US, we South Africans trust politicians far less than the media, but that we have the most trust in accountants. The real issue is that the gap between the accountants and politicians is at its largest in SA. 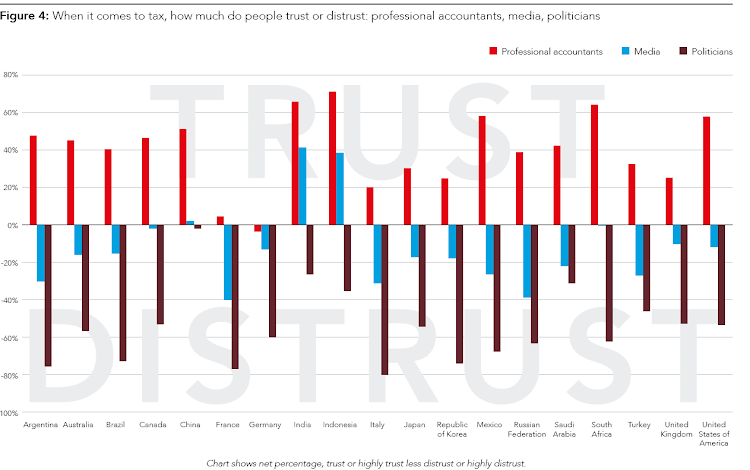 There are many uses for tax receipts, from providing a safety net to the poorest of the poor, to providing transport and security for the political elite, to supporting industry through tax incentives. This is one section of the report that I read with interest, and with which I was happy to agree.

The report showed that people in the G-20 countries "are overall most supportive of government tax incentives for green energy projects (76%), and retirement planning (74%)".

This support for green incentives will be important with the seemingly-inevitable introduction of the new carbon tax, which could be launched as early as January 2018. As well as the stick of the carbon tax, it will be important to provide some incentive carrots to support green behaviour by firms, and I would like to see an expansion and extension of existing measures for this beyond the current S12L energy efficiency tax incentive.

While economic transformation is needed in SA, we must not scare off foreign investors as you could scare off job creation, growth and new export capability. The table below shows clearly that we in SA are in the top four G-20 countries when it comes to supporting investment incentives for inward investment:

Of course, any piece of research has its flaws, and I would not wish this particular exercise to be viewed in isolation.

However, it is of serious interest in that it confirms the disquiet we South Africans and many other nations share about blindly trusting politicians with tax issues.

Our new finance minister has a lot on his plate. But he would be wise to note the benefits of sound public spending in support of industry and growth, and citizens’ concerns about the nation’s finances being used for political purposes.

This may not be the conclusion of a debate, but it is an import catalyst.