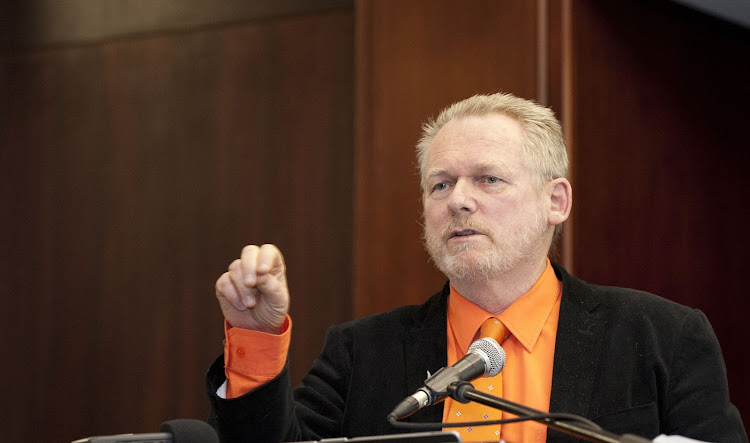 There was broadly positive reaction to President Cyril Ramaphosa’s new plan to kick-start the economy, with a realisation that with the ratings agencies breathing down our necks there is no possibility of a reckless spending spree.

The headline initiative is a R50bn fund to refocus government spending, taking cash from underperforming programmes and redeploying it to more effective areas. Then there is the R400bn infrastructure programme — which will blend several forms of funding — public, private, pension funds.

All good. All necessary. All welcome. However, I would argue that there should have been a clear, unambiguous, committed and ambitious focus on the manufacturing sector as well.

The president was flanked by six or so ministers when he announced his stimulus package at the Union Buildings. Trade & industry minister Rob Davies was not among them.So, what role is there for the department of trade & industry in the stimulus? Davies does not appear to be receiving much of the new cash, and he may have a fight on his hands to prevent some of his department’s progamme budgets from being raided by the Treasury as it seeks the R50bn to redirect

This is worrying. The president has made it clear in his search for new investment of $100bn that SA needs a large injection of capital. How much of this will go to manufacturing is just not clear. Loans to Eskom and other cash-gobbling state-owned enterprises just won’t grow the economy.

So, what role is there for the department of trade & industry in the stimulus? Davies does not appear to be receiving much of the new cash, and he may have a fight on his hands to prevent some of his department’s progamme budgets from being raided by the Treasury as it seeks the R50bn to redirect, unless he can demonstrate across-the-board efficiency.

A new department of trade & industry report on the state’s incentive schemes — the “Annual Incentive Report 2017/2018” by the incentive development and administration division — points to some areas of vulnerability. In the 2017/2018 financial year, the department of trade & industry paid out R3.4bn, a 27% fall from the previous year’s R4.6bn. One reason for this was the closure of the manufacturing competitiveness enhancement programme.

However, while at first sight it might appear the department has been struggling to make good use of its budget, the funds committed but not yet paid out (a so-called contingent liability), rose from R6.5bn to R7.5bn, as stated in the department’s annual report for the period to March 2018. So the department can argue that it is processing support funds. The pipeline is there.

Indeed, spending on the flagship black industrialists programme shot up by 300%, from R122m to more than R500m in the period to March, while the total approved but not claimed grew to more than R1.7bn by end of March. There have also been increases in support for call centres and similar back-office operations.

There are a few other areas of concern:

• There was a 23% drop in export marketing support, which seems strange given the drive to boost exports;

• There were no payments under the new agroprocessing support scheme, although some grants are in the pipeline and will be paid in the current financial year.

There is still a question mark over the vital 12I Tax Allowance Incentive (TAI) for industrial investment. All the cash has been committed, and there is still no sign of a top-up. I believe the government is missing a trick in not recapitalising the Section 12I TAI.

Given this state of play, I would argue that when the minibudget is unveiled there should be more cash for the trade & industry incentives, not less. We need productive investment in factories to grow the economy, reduce unemployment and boost exports.

The government’s tool box of measures to attract this investment is a modest one. We need to counter the negatives, and match the sticks with carrots. And there are negatives — the uncertainty over land reform, the questions over reliable supply of water and electricity, the challenges of meeting demanding black economic empowerment rules, high energy costs, political uncertainty, mounting global trade tensions and the soon-to-be-imposed carbon tax.

We are heading for both a jobs summit and an investment summit before the year ends. I have nothing against summits, but I will be watching closely to see what emphasis is put on manufacturing as a key player, both in the budget revisions and at these two key gatherings.

Manufacturing is the engine of our economy, and the economy is not going to perform very well if that engine is neglected. The manufacturing engine needs more than a minor service; it needs a major overhaul.

• Newman is a founding partner of Cova Advisory.