Firms must gear up for Carbon Tax

Carbon tax is an imminent reality and firms must be ready 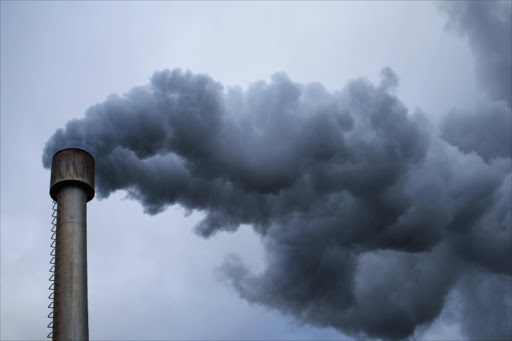 Mention the planned carbon tax to most people and you’ll be greeted by a yawn. The response from business needs to be a lot sharper.

After many delays, the Treasury has announced that the revised Carbon Tax Bill is set to be tabled in Parliament by mid-2018.

Even after several changes, the latest version of the plan — unveiled in December — has an overly complex design, with much work still to be done.

Some of the most noteworthy changes to the revised bill include a more detailed way to quantify carbon emissions released by a company, as well as further clarity on issues regarding the timing of the first implementation period, the rate at which the tax will increase over time and revenue recycling.

Clarity has also been provided that the carbon tax will be a tax-deductible expense. A company’s carbon tax liability is determined using a number of calculations. The scale of greenhouse gases emitted by a company is quantified and the result is then multiplied by the carbon tax rate.

The calculation takes into account a number of allowances or discounts for certain emission sources over which a company has limited control and thus aims to lighten the full blow of the tax.

The revised bill outlines the steps and method to calculate carbon tax liability. This is no simple task.

For companies that are trade-exposed or sensitive to potential international competitiveness, the bill provides a maximum of a 10% tax-free trade exposure allowance. The trade exposure is now a sector-based allowance and includes exports and imports.

The allowance that will be given to a company will depend on the trade intensity of the sector, which will be based on the World Customs Organisation’s national data.

Even though this allowance is aimed at reducing the carbon tax burden on companies that are trade-exposed, the tax will still have a significant negative effect for carbon-and energy-intensive industries, which often have limited options to reduce or change their processes.

A regulation on the trade exposure allowance will be published and should provide more clarity.

Although biofuels were included in the first draft of the carbon tax legislation, the latest revision clarifies that for blended fuels or biomass, only the fossil fuel component needs to be reported.

Companies must therefore be aware that in some cases the use of biomass, or the recovery of energy from waste, is not necessarily seen as having no carbon tax liability — there could still be a taxable component.

The revised bill also aims to clarify other issues, including:

• The first phase of the carbon tax has now been extended and will be up to December 31 2022.

Even after several changes, The latest version has an overly complex design, with much work still to be done

• The Treasury will include three ways to use the revenues from the carbon tax, which will be aimed at reducing some other taxes where possible, funding green projects (such as free basic energy) as well as the energy-efficiency tax incentive, which is a tax allowance of 95c for every unit of energy saved.

However, for now there is still no clarity on whether the Treasury will be extending the section 12L energy-efficiency tax incentive.

It is therefore clear that a lot more work will need to be undertaken to finalise the carbon tax.

Companies need to ensure they are ready for the implementation of the tax and fully understand the revised bill and the related customs and excise legislation.

Taxpayers have been given until March 9 2018 to comment on the new draft. This will probably be the last opportunity that the public has to comment on the Carbon Tax Bill and to provide input on it before it is finally implemented.

Furthermore, companies should prepare themselves to accurately quantify their emissions to ensure they will be paying the correct carbon tax liability.

There are still clouds of carbon-dense smoke wafting around this legislation, but business must realise that the new carbon tax is imminent and a failure to prepare properly for it will hit them where it hurts most.