Cova urges a major boost in support for R&D

LETTER: If we must be obsessive, let it be about R&D incentives

It was research and development that put a man on the moon, transformed the dashboard of your car and gave us the smartphone 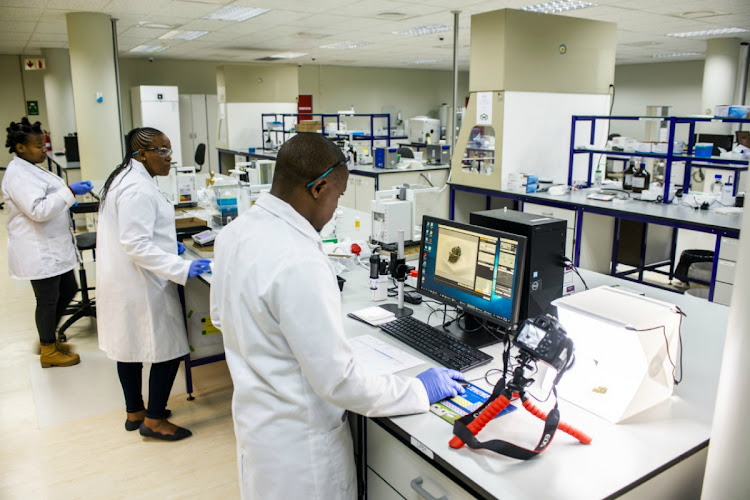 A technician analyses a sample of cannabis inside the LuCan laboratory facility in Maseru, Lesotho. Picture: BLOOMBERG/WALDO SWIEGERS

President Cyril Ramaphosa is leading the drive to bring massive new investment to SA. The government has been working on measures to make it easier to do business, such as relaxing visa restrictions, opening up broadband spectrum, and setting up one-stop shops for investors.

However, this investment tower will be a fragile one if it is built on shaky foundations — and one of the major foundation stones is research and development (R&D).

For some, R&D may conjure-up images of nerdy scientists wearing white coats — or, Archimedes-like, leaping naked from the bath shouting “Eureka!”

But R&D is not a laughing matter, and nor is it some scientific bathtub or backwater.

R&D got man to the moon, it has transformed the dashboard and the performance of your car, it has given us smartphones and cinema-quality entertainment in our homes. Hopefully, before too long, it will help to eradicate malaria, AIDS and even cancer?

And in improving the competitiveness of SA manufacturing, R&D is a no-brainier.

So how are we doing?

Well, I recently hosted a seminar on R&D, attended by experts from both the government and the private sector.

There is no dispute over the target, of boosting R&D spending in SA from the current 0.83% to a more worthwhile 1.5%. Almost double.

This has been a consistent national target for years, and yet we have shown admirable consistency … in failing to reach it.

We are in a global environment, and we are competing for resources for R&D. Global expenditure on R&D is going up, with very big spends in the US and China. All this, while we lag further and further behind.

One important way in which government can and does support R&D is through investment incentives. If I were in the government, allocating resources among all our incentives, I would put a lot more into R&D.

Our British associate, Aymjng UK, has recently released an innovation barometer. This confirms that in global terms, SA is way behind in supporting R&D, which partly is because the incentives on offer here are poorly understood and underutilised and administratively too burdensome. R&D incentives do make a difference elsewhere in the world. Why not in SA?

Most other governments do understand that the return on investment of taxpayers’ money when they pay an R&D incentive is substantially more than that for any other type of incentive.

In our own experience, we have found that many clients initially know nothing about R&D incentives, but find them incredibly attractive once the mists have cleared, their eyes have opened, the monetary impact is understood, and ultimately the certainty is explained.

For many businesses, the dark ages remain. While there are incentives available, SA business is still definitely underutilising them. If we want to double what we spend on R&D we need to scale up the take-up of existing support, along with a more coherent approach. One major problem is that there is not just one R&D incentive; there are numerous, and some overlap.

This challenge is compounded by the problem that they are administered by several different government departments and agencies.

Surely, we want to make it easier for executives to hire those people in white coats, not to make it such a frustration that they have to be dragged away.

As the government undertakes a comprehensive review of the whole array of investment incentives, which is currently happening, it must make sense to streamline and to better package them. Don’t cut the value, please increase the scale of the incentives and make them easier to understand, easier to apply for, and thus more effective.

Business needs certainty. If the authorities are clear and transparent about all of this, business can understand what is on offer, and can work out how to build it into their planning process — aligning R&D incentives with other funding instruments.

There have been reforms. It is now faster and easier to access the main R&D incentive, administered by what is currently the department of science and technology. The department listened to stakeholders and improved the system. I recommend the other agencies do the same.

Finally, while it seems that the parastatals have been able to turn on the state funding tap and secure billions and billions, the vitally important R&D sector is being left begging at the gate.

This has to change.

JOIN THE DISCUSSION: Send us an e-mail with your comments. Letters of more than 300 words will be edited for length. Send your letter by e-mail to busday@bdfm.co.za. Anonymous correspondence will not be published. Writers should include a daytime telephone number.