Finance minister Tito Mboweni is clawing back some incentives, while others are being rendered ineffective 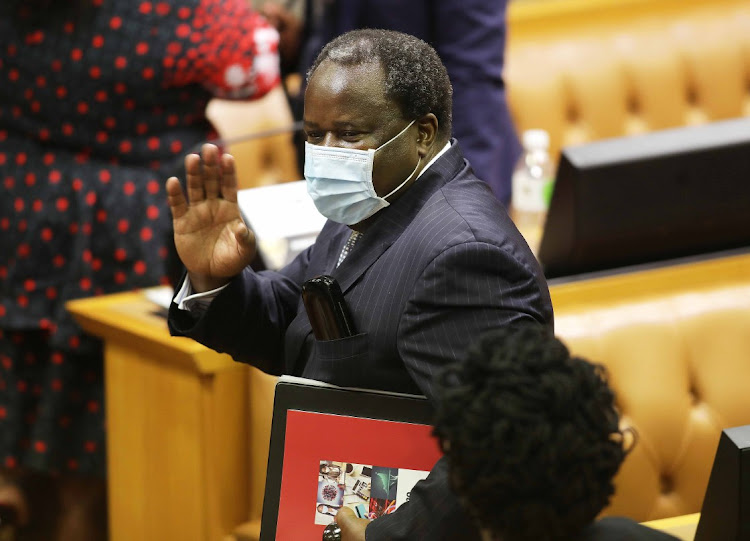 Listening to President Cyril Ramaphosa engaging with US business people last week I was struck by how knowledgeable and interested he is in industry, investment and innovation. He is clued-up on the detail and is clearly on excellent terms with many industrial captains.

The president is undoubtedly aware that without the industrial sector having come to the party so magnificently in his first two investment conferences he would not have collected the current R664bn in pledges out of his total five-year target of R1.2-trillion. The aim of this week’s conference is to ensure there is no slippage in existing pledges, though we expect to see a Covid-induced fall in the scale of new pledges.

The president has been consistent in saying to local and offshore businesses that SA is a great place in which to invest, and that the government is here to assist them. Its key industrial strategy focus is on the sectoral masterplans, which bring together stakeholders to agree on a way forward for selected parts of industry. The first was for cars, then chicken came clucking along, and several others are being worked on.

The president mentioned these when he chatted, virtually, to the cluster of his US CEO chums. However, when seeking to increase investment sustainably the government should deliver on its promises to investors. Unlike portfolio flows, direct investment in industrial capacity is not reversible in the short term. Investors will be peeved if government commitments — in the form of promised investment incentives, for instance — are not adhered to.

The SEZs, the most recent of which has been launched is the Tshwane Auto SEZ (Tasez) next to the Ford factory, have the potential to be excellent programmes and account for a sizeable share of the investor commitments in the president’s first two investment conferences.

The National Treasury’s actions threaten this promising trend. This is not because of any major failings by Ebrahim Patel’s department of trade, industry & competition. It requires a multiministry approach to make the complex SEZ formula work. There is a need to get input and action from cities and municipalities, from provinces, and from other government departments and agencies — notably the Treasury and SA Revenue Service (Sars).

My experience is that things are not going as well as they could and should. While the incentives — the carrots to draw investors into the SEZs — have been on the books for six years, it was only in 2019 that Sars created an administrative framework for people investing in SEZs to claim these incentives, which were enacted in tax legislation and signed off by parliament and the president in 2014. The red carpet was promised, but it remained stuck at the cleaners.

With the SEZ tax reduction incentive not being taken up, Sars has not forgone any tax revenue to date. But in time new businesses that are anchored in SEZs will pay taxes and contribute to growth, employment and exports. Yet the SEZ incentive tool is in lockdown; not working, not assisting where it is meant to assist.

No capacity has been created in Sars to allow firms to speedily apply to become customs controlled area enterprises, which they need to do to enable them to get VAT, customs and duty relief — some of the central benefits of setting up in an SEZ. Meanwhile, local Sars offices have no capacity to process SEZ documentation at all.

Now we see from legislation that has just been discreetly released alongside the medium-term budget that the SEZ incentives are being cancelled even before people can claim them. Based on the sunset clause on SEZ tax incentives, over the next 10 years new investors will receive declining levels of support, a downward slope towards zero in 2031.

In another embarrassing glitch, the finance minister has announced that there will be fiscal incentives for only six SEZs. The Tasez is not one of them, and nor are the other new SEZs the department of trade, industry & competition is working on. This raises the question of whether it will end up creating a network of countrywide white elephants.

The incentives were introduced to boost the lacklustre rate of investment seen in the SEZ programme between 2001 and 2014. We now have no choice but to advise expectant investors on the conflicting messages from the government, and warn that they may not get the benefits they have been promised.

Why does the government create so much uncertainty on such a crucial programme that is key to the SA recovery plan? The ministers of finance and trade, industry & competition appear to be going in different directions — the latter moved rapidly to set up the Tasez, but now the National Treasury is pulling the financial welcome mat out from under investors’ feet.

The infrastructure is there, but negotiating the government’s bureaucracy and getting any of the promised benefits might be rather difficult. Surely, if we want sustainable investment there has to be certainty about rules governing taxation, benefits and sector policies — and government departments and entities should be working together.

We seem to be better at getting it right in areas such as telecoms, where the way we welcome fourth industrial revolution investment is bringing in world-leading players in cloud computing, which will enable SA companies to adopt forward-looking technologies. Much of the recent investment is also integrating the ICT infrastructure of the Southern African Development Community, and an increasing number of the databases of telecommunications companies from the region are hosted in SA.

But regarding SEZs, the Treasury hides its plans to wield the axe in obscure documents, and we hear nothing from the department of trade, industry & competition, which is supposed to be in charge of the SEZ programme. Are we in a parallel universe?

When the president opens this week’s investment conference he is likely to enthuse passionately about the government’s efforts to bring in new investors, but best they check whether his fingers are discreetly crossed behind his back.

• Chipfupa is a founding partner of Cova Advisory.