Fresh ideas, like Ters, will grow small businesses and the jobs they create 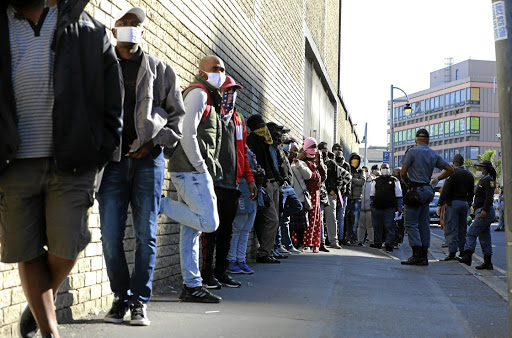 Though it was beset by many challenges, including fraud, government’s Temporary Employee/Employer Relief Scheme (Ters) saved millions of jobs during the worst stages of the Covid-19 lockdown.

While a backlog of payments remains, the Unemployment Insurance Fund (UIF) will have limited funds available, over and above the R60bn it has already disbursed, for those already vulnerable sectors that have been locked down again. However, it is clear that the UIF does not have limitless resources for ongoing lockdowns.

While many jobs were saved, the economic disaster that is Covid-19, has nonetheless led to the loss of millions of jobs. In the face of this jobs bloodbath there appear to be no signs of fresh thinking, no new initiatives to encourage employers to hire more people and preserve existing jobs. This cannot be right.

In richer countries labour support is being maintained. For instance, there is the UK’s Covid-19 furlough scheme, which covers 80% of employees’ wages and has been extended to the end of September. We are living in an extremely constrained fiscal situation in SA, and we therefore need to get the most bang for our buck from our grants, incentives and other economic support.

There are some existing investment incentives that many people know about, but which make hardly any difference given the scale of the problem. The issue is that their focus is not job creation.

For example, the department of trade, industry & competition’s black industrialist scheme, in conjunction with the Industrial Development Corporation (IDC), has approved funding of R32bn since the 2015/2016 financial year. Yet it has only managed to create and save 118,572 jobs, which works out at about R270,000 per job sustained, which is far too high.

The challenge for our government in devising any new support scheme is that it must ensure there is additionality. This means employers are not just going to do what they were going to do anyway in terms of investment, expansion and job creation.

The main focus of any new initiative should certainly be on job creation, the main driver of which is the SMME sector. In any economy small businesses will be the engine room of job creation. So, the central challenge is to work out how we get these businesses to grow.

The government must incentivise expansion, with a focus on labour-absorbing sectors such as manufacturing and agriculture (particularly agro-processing). That is how you create jobs. One existing scheme that would surely benefit from more exposure is the Employment Tax Incentive. This is administered by the SA Revenue Service and incentivises employers to hire young, low-earning job seekers. This is a noble initiative, but it lasts for only two years, so there are questions over the long-term sustainability of the jobs that are created.

Then there is the Sector Education & Training Authority (Seta) system, into which employers are obliged to pay and from which funding for training can flow. The focus here is on training current employees, not on expanding the workforce. But a cloud of suspicion hangs over the Setas, which receive billions of rand a year in funding but have yet to wow us with their efficiency or effectiveness.

So, while there are some government incentives and schemes, none of these is going to provide a big-bang explosion of jobs. What is needed is for heads to be banged together in the departments of trade, industry & competition and employment & labour, to work out how to replace Ters with a new initiative to turn the tide of job destruction and help create new jobs

In the past, the government offered an incentive known as the manufacturing competitiveness enhancement programme, which supported expansion. However, this scheme came to an end. It was oversubscribed and fewer than half of applicants received funding.

There is therefore a gap in support, and it should be filled by redirecting the little we do have to focus on expansionary projects that have a job-creation requirement. One area that also needs to be considered when we look at new job-creating initiatives is the venture capital sector. There is very little funding for new ventures and start-ups in SA compared to countries such as the US.

Through my work I come across a lot of start-ups with great business cases, and with the necessary funding entrepreneurs could create companies that would grow and create jobs. But getting that initial funding is often an insurmountable challenge.

The initial aim of the venture capital company tax incentive — better known as Section 12J — was to mobilise capital into high-risk ventures. Sadly, this was closed in June due to perceived abuse and investment into low-risk ventures. The banks, we are always told, should make more funding available for entrepreneurs with brilliant ideas, and while a lot of lip service is paid to this, not nearly enough is happening.

This is a missed opportunity. I am convinced that if Elon Musk had stayed in SA, however brilliant his ideas might have been he would not have been able to thrive here (or created the many thousands of jobs he has created in the US) as support for start-ups just does not exist at the critical launch stage.

In the face of the Covid-19 crisis, Ters was cobbled together in a very short time and it made a big difference. I argue that we are still in a major economic crisis, a jobs bloodbath, and the authorities must get their thinking caps on to find a new way to stem the continued flood of job losses and help support the building of new labour-absorbing companies for the future.

The stakes could not be higher.

• Blake is leader of the incentives and finance raising business unit at Cova Advisory.